I have felt very much in need of some good news and hopeful reading, so here on the eve of Rosh Hashanah, please enjoy this article about a mother-daughter duo who have written a book to preserve the history of the foods of German Jews from ca. WW II and before.

Amanda Palmer’s got a new song out called “Bigger on the Inside,” and while some of her musicianship is not always my bag, her words always are.

I’ve also been reading her “The Art of Asking,” slowly, in bits and pieces, because it breaks me open with its honesty and straightforwardness in a way that other great writers on vulnerability do (like Brene Brown), but even moreso.  Her perspective is about learning how to make art and silence our inner critic long enough to let ourselves create; it’s about learning how to ask others for help, how to ask without fear, and how our creative drive and our need for interconnection stems from a need to “be seen, understood, accepted, connected.  Every single one of us wants to be believed.  Artists are often just louder about it.”

Yes.  Every single one of us wants to be believed.  Sometimes it just takes us a while to find our voices.

I have been trying to spend two nights offline a week and to not let myself download any more new books; of course, I started going to the library again. Sigh. So, three short reviews for accountability’s sake.

The Bees, Laline Paul (library) Bee pov, lots of to us, bee-science, rendered as communication and theological worldview, alien sexuality, morality, and really interesting ideas. It went on a bit longer than I thought it should have, but it was really novel and a standalone very good first novel. I guess I would call it sci fi, but since it speculates weird reasons for colony collapse disorder, maybe not really? It’s a good read just for what she does with turning the bee science into the main character’s view of the world, if you are at all into science.

The One and Only Ivan, Caldecott medal winner, book with illustrations. A silverback gorilla in captivity in a mall learns to dream for the sake of a promise he makes to his old elephant friend. This was beautifully told and full of hard, wonderful truths and gorgeous drawings. I cried and cried and cried, but it’s a happy ending. Good for explaining hard truths about people to young people.

Drama, young reader’s graphic novel. A young woman navigates her dreams of tech and set design with the frustrations of friendship, middle school, and budding romance. Lots of friendship drama, very accepting treatment of gay characters, great art and accurate, amazing nonsexist focus on the details of actual backstage theater production ( I was a drama geek). Probably age-appropriately dramatic, and I have just lost my patience for that kind of indecision. The main character’s parents are delightfully patient, and I dig her polychrome hair.

I got out of Goodreads because: Amazon and have moved over to BookLikes– I am trying to do better there about posting reviews of books as I finish so that I actually finish.

My review of Jill Lepore’s Book of Ages is there, but the TL; DR  version is this– the book is worth reading even if the first third was a slog of Old Testament-style recitation of Franklin & female forebears, there was a bit too much Benjamin for my taste (and I thought he came out as kind of a douche) and I thought Lepore was a bit heavy-handed in foreshadowing/contrasting the whole “Judith Shakespeare”/Room of One’s Own problem that Jane faced.  Jane was a funny, engaged, interesting lady who put up with a lot, and Lepore’s research shed interesting insights onto Revolutionary Boston & everyday living during Revolutionary times through all the secondary sources she used that I hadn’t read elsewhere.  I’ll probably dig up the biography of Abigail Adams (if I don’t read the Margaret Fuller one) next, and see where it takes me.

“What we know matters, but who we are matters more.”

For all that I worked in a bookstore between 2009 and 2012, my reading fell off dramatically for a while.  I tried to get back on track in 2013– I wouldn’t say my attention span’s entirely recovered, for reasons of: general life stuff, intermittent depression, exciting & super-hectic new job, internet attention span disorder, etc., but I do feel like I put a more concerted effort into reading more, even if I didn’t finish everything, and/or am still working on things I started.  Still, in the interest of accountability (and not so much because I think anyone cares) here are the things I read, or tried to, in 2013:  END_OF_DOCUMENT_TOKEN_TO_BE_REPLACED

Rebecca Solnit’s philosophical treatise/geographical rumination/geanological foray/memoir The Field Guide to Getting Lost has been on my list of “books that got rhapsodical reviews but seem Srs Bsns and I’m not sure I’m ready to read” for a while. Partly, I avoided it because the paperback was expensive and not one of the ones that went on the Buy 2, get the 3rd Free table at my old job.  Partly, I avoided it because every once in a while it would come up on someone’s big list of Books Everybody Must Read, because I’m contrary and I don’t like to be told what to do.  I’d read snippets, though, and was intrigued despite my resistance to money and well-meaning advice, and finally I found a good ebook price in the Google Apps store, and downloaded the book for a little over $5.00.

I’m not beyond the straight-out self-help book, and I’m certainly a sucker for a well-written memoir (read Cheryl Strayed, fiction, memoir, self-help, just read her, it’ll be emotional rough going at times but I promise it’s worth it)– and the more eggheaded the prose, if I’m in the right mood, the better.  Paradise Lost?  Alain de Botton?  Yes, please, to both.

Sometimes, though, a book comes along and strikes you in the metaphorical solar plexus at just the right time in your life.  So while maybe I wish I hadn’t put off reading this book for so long, I’m glad that I’m reading it now.

The book is a rumination on all the meanings that being “lost” and being “found” can have– geographical, temporal, familial– permanent, ephemeral– self-constructed or imposed from outside.  It’s a literal onion, one layer right next to and on top of the next, making my eyes water with all its emanations (which is not to say the book stinks, just that it’s powerful stuff).

It’s a short book, 105 pages by my e-reader, and maybe that’s good, because at only page 11, Solnit delivers this bit: The simplest answer nowadays for literal getting lost is that a lot of people who get lost aren’t paying attention when they do so, don’t know what to do when they realize they don’t know how to return, or don’t admit they don’t know.

She’s talking, in that particular moment, of people who become really lost out on hikes, in the wilderness, amongst dangerous rocks and perilous signs of weather unheeded.  But there’s so much to be read into what she says just two sentences later: … there’s an[] art to being at home in the unknown, so that being in its midst isn’t cause for panic or suffering, of being at home with being lost.

You have to accept that you’re lost before you can be found, or do the finding yourself. 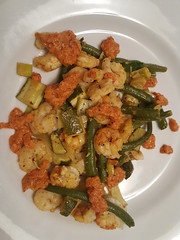 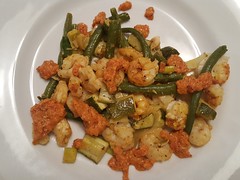 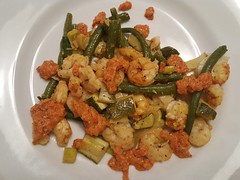 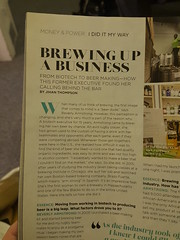 More Photos
She Curmudgeon
Create a free website or blog at WordPress.com.